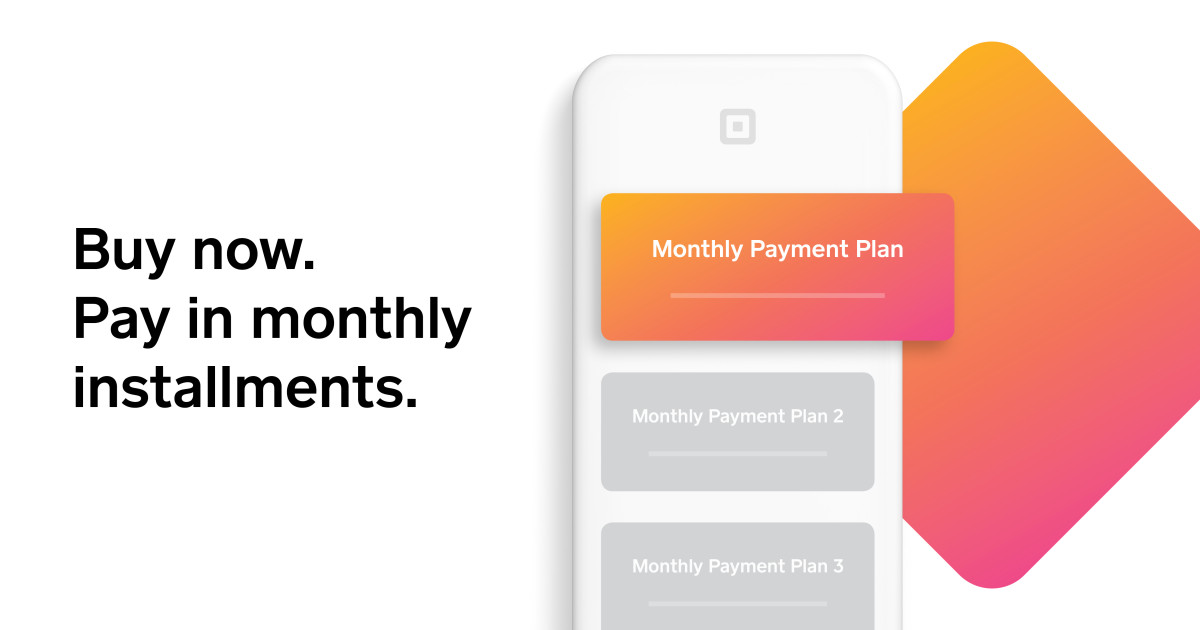 Is your computer in need of some TLC, but you don’t have a few hundred dollars lying around? Well, now upgrading has never been easier. Simply apply at the shop or from the comfort of your home. All you have to do is answer a few quick questions to qualify for a $250-$10,000 loan. Square will show you all the costs with total clarity, and then you just pick the installment plan that fits your budget. Apply today!

Recently one of Armor’s own employees did just that. 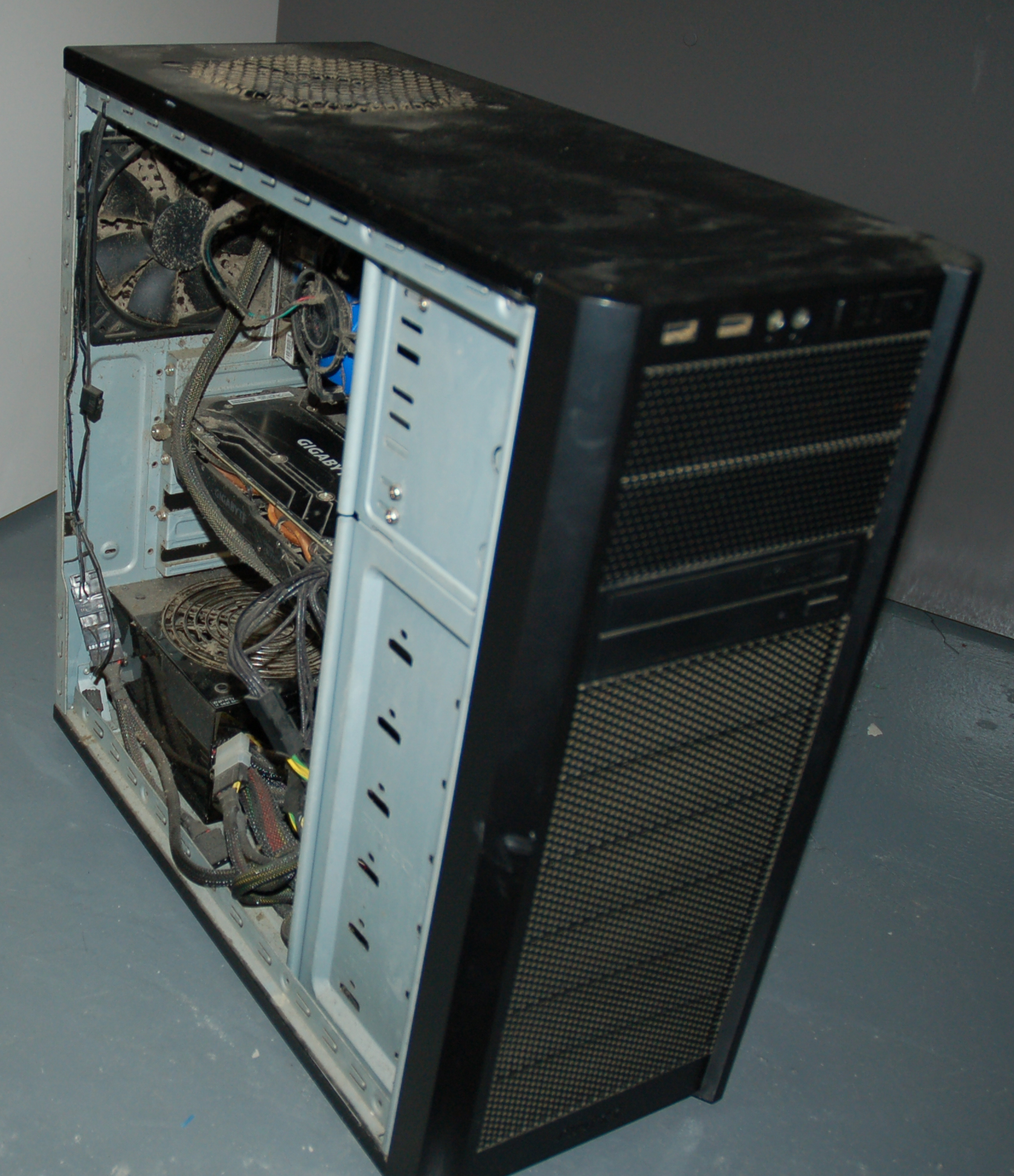 Their computer had faithfully been by their side for nearly a decade. It helped them do homework, played video games, and watched endless hours of YouTube. However, it was time for more power. 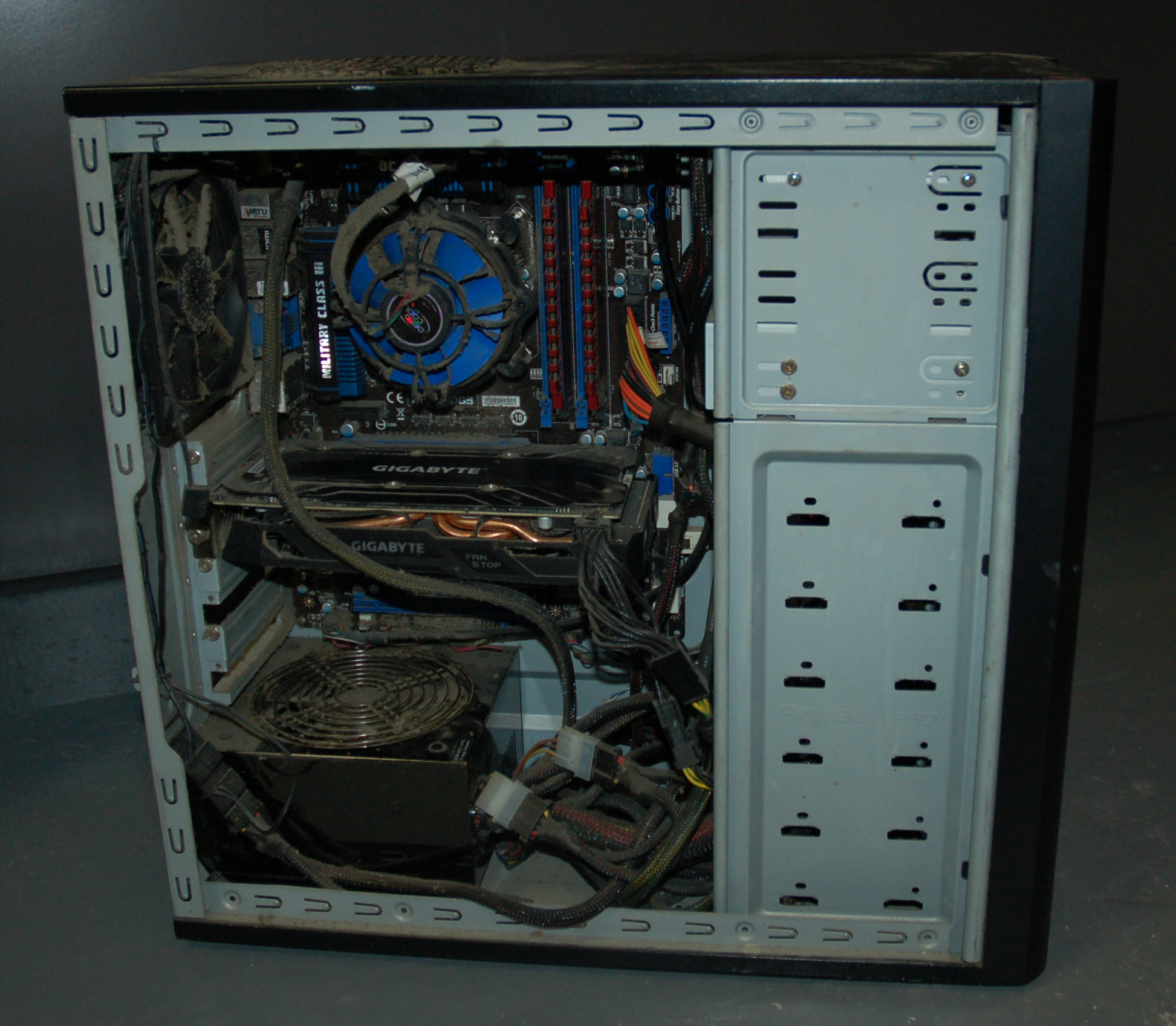 This is what happens when the side of your case won’t stay on, and you don’t replace it for 5 years. 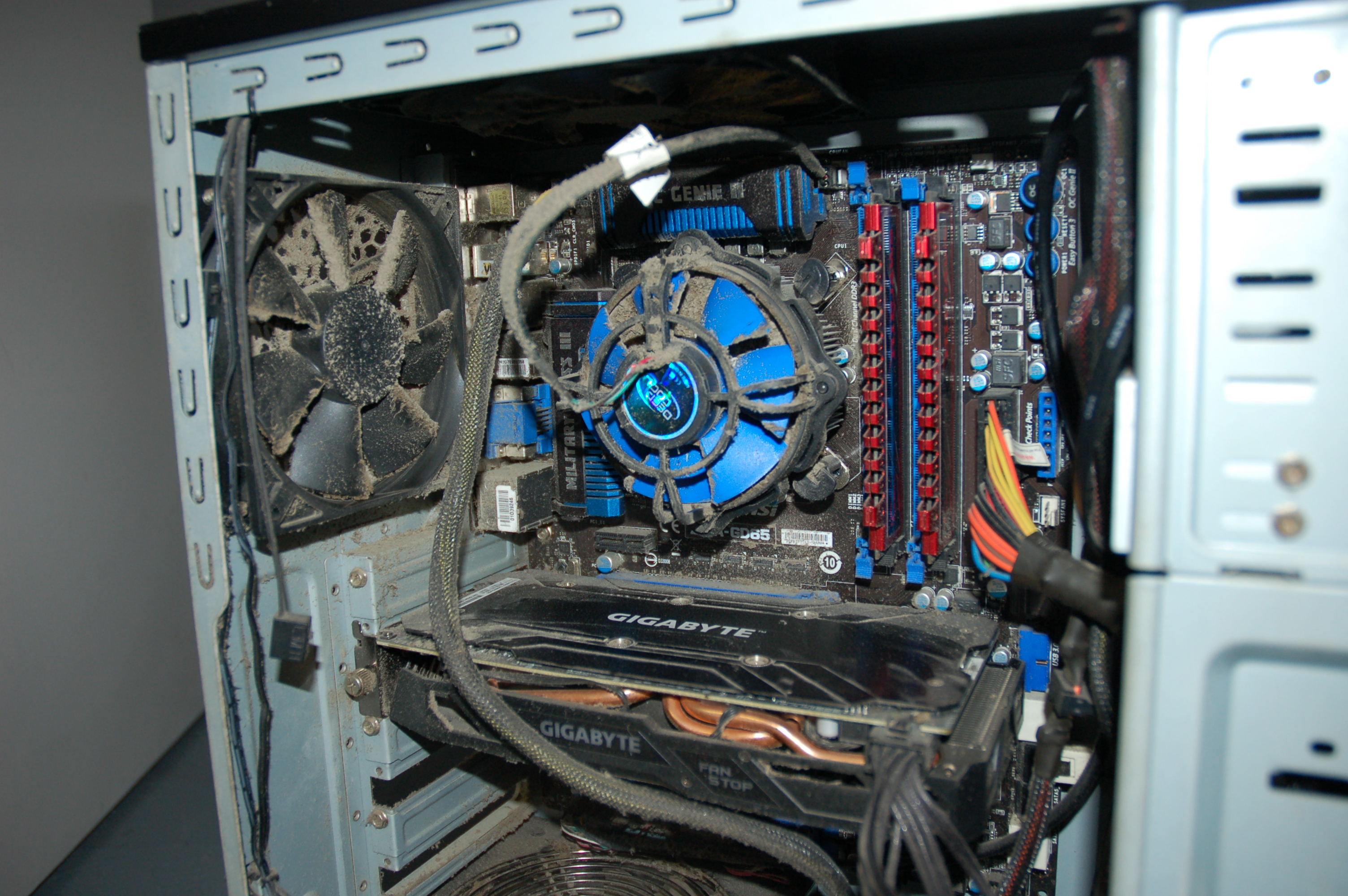 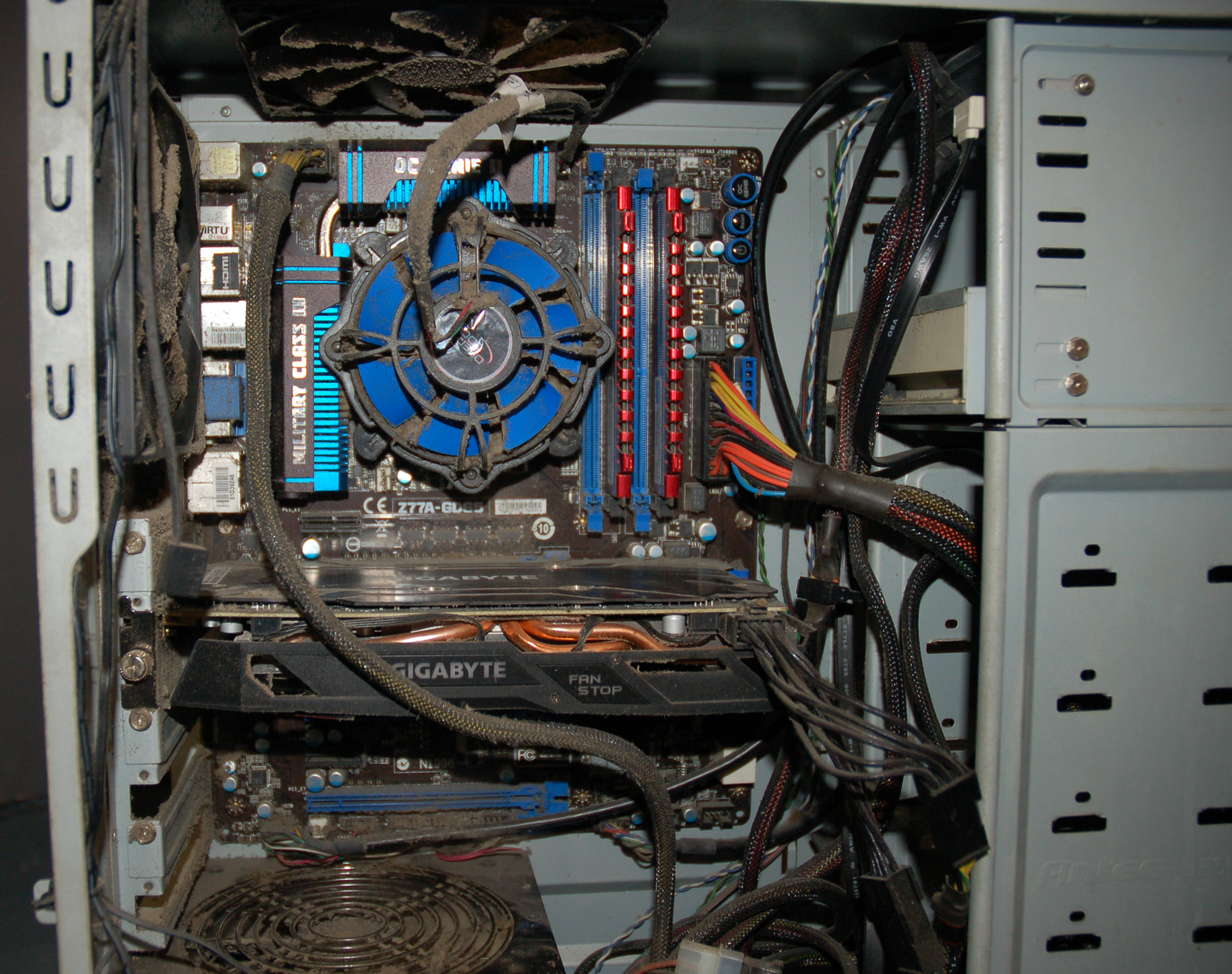 Don’t let this happen to your computer.

Time to start the upgrade

Despite how bad their computer looks, rather than buying a whole new computer, they identified just the parts that needed to be replaced. There are three main things you need to consider when upgrading your computer: upgrading to an SSD (we are currently running a special on upgrading your hard drive to an SSD), adding more RAM, and upgrading your CPU. Turns out that all they needed was a new CPU, motherboard, RAM, and a case. This saved them from the cost of a new hard drive, graphics card, and power supply. We used PCPartPicker to find exactly what they needed for the best price. 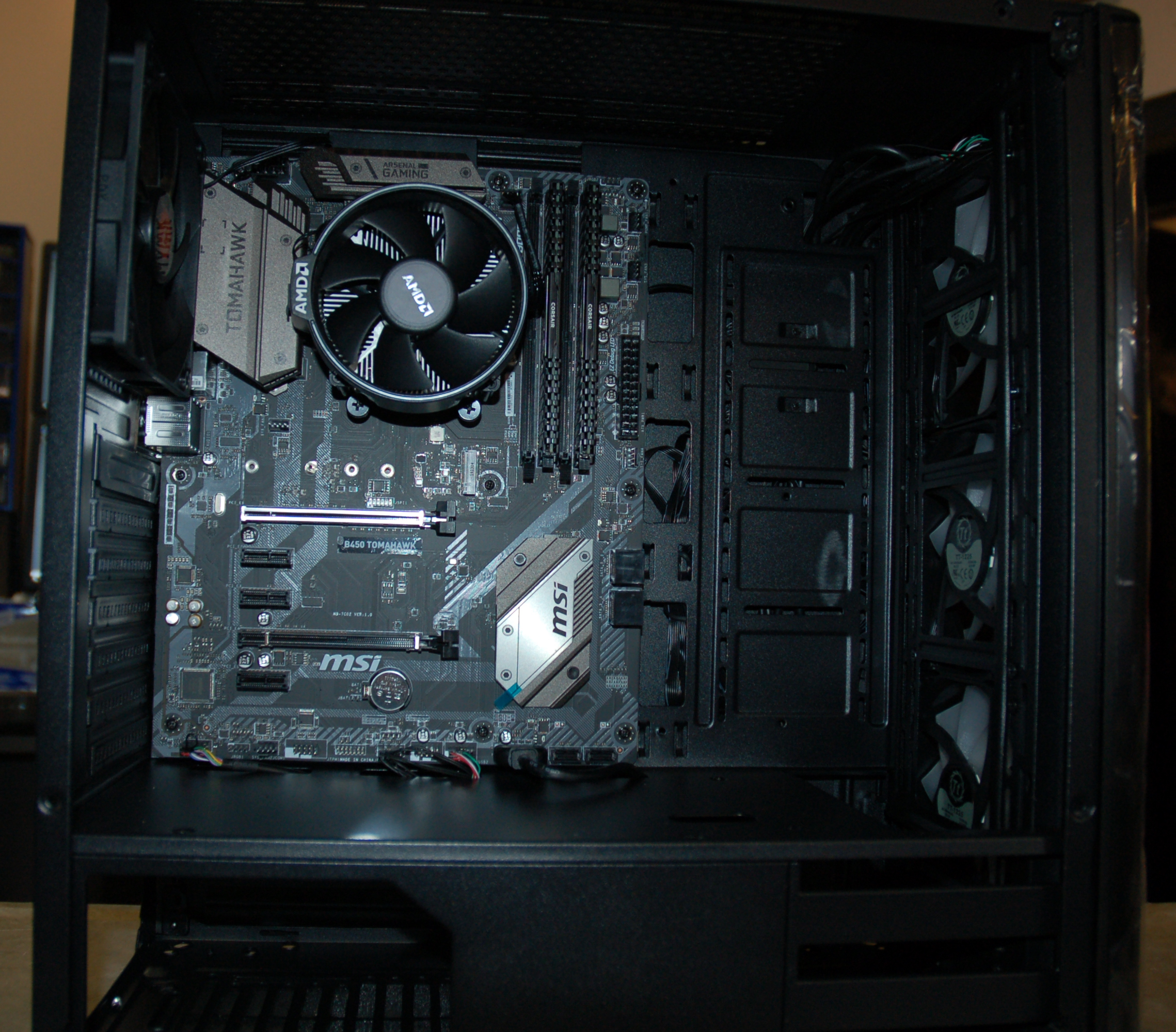 The original processor was a 3rd generation, 4-core i5 processor (for reference, the current i5s are 10th generation). For the new build, we upgraded this to a hearty 8-core Ryzen 7. Why the need to double the cores? First, more is better, right? Second, the additional cores increase the rate at which your CPU can handle data. Imagine being in line at the grocery store: there are four cashiers ringing people up. The manager notices that there is a long line and decides to open up four more registers. Now the lines move a lot faster. Not only does the Ryzen 7 boast a clock speed of 3.7 GHz vs the i5’s 3.1 GHz, but it has the capability of pushing up to 4.3 GHz with turbo speed. PassMark rated the old CPU at 6154, and the new one at 16972. But a great processor needs a great motherboard for its mate. 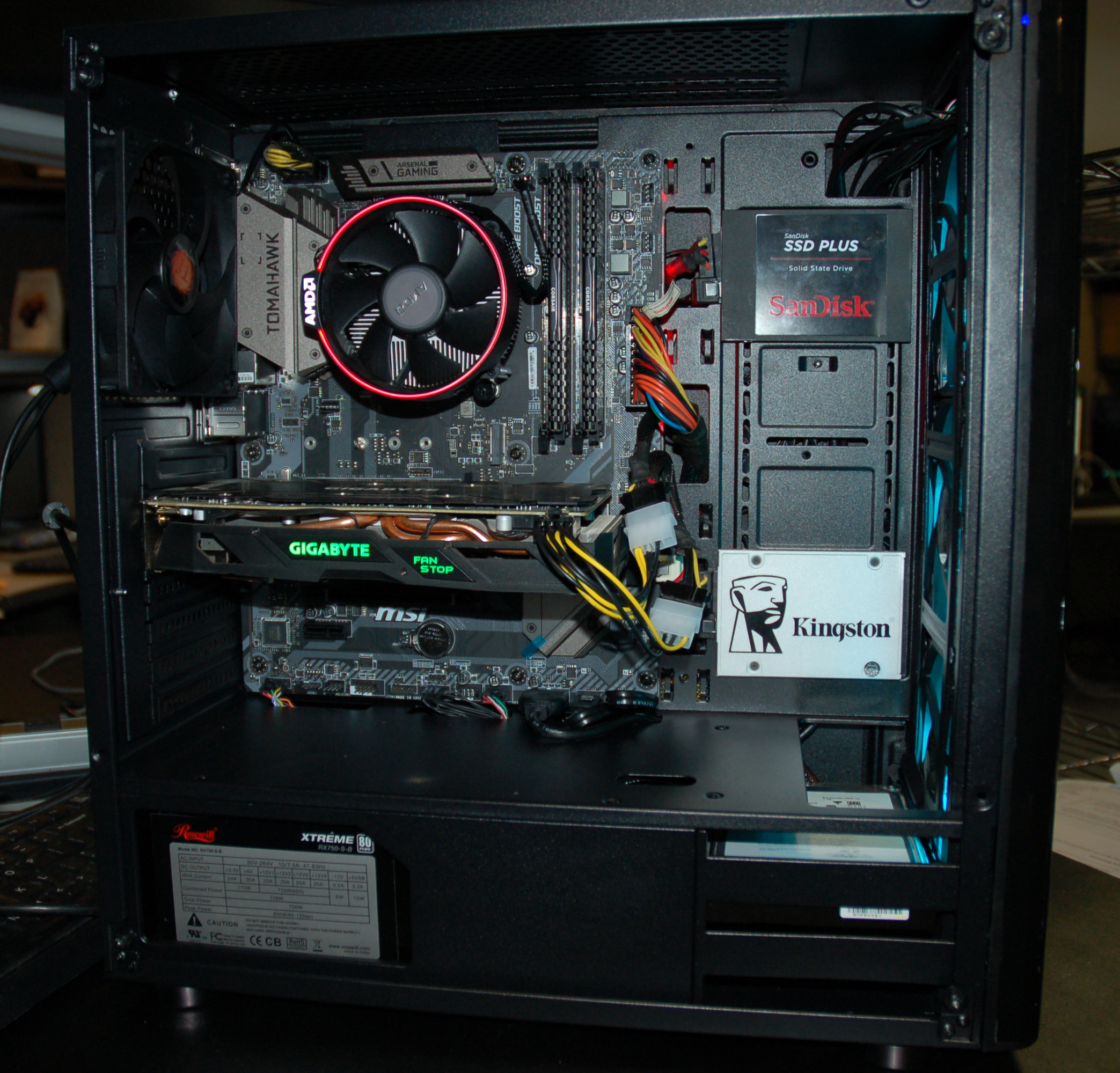 The old motherboard had a different socket type that didn’t support the new Ryzen 7. In addition to this, the motherboard had a known fault from the manufacturer, and would sometimes require up to an hour of troubleshooting to get the PC back on the internet after a fresh reboot. The age, restrictions, and problems considered, it was definitely a must-upgrade. We chose the MSI B450 TOMAHAWK which has military-grade heatsinks, the availability to add an M.2 hard drive, and supports DDR4 RAM. We took advantage of this by upgrading the old 8 GB of DDR3 to 16 GB of DDR4, still leaving plenty of room to grow into the 64 GB the board supports. The upgraded Ram benchmarks at 3466 MHz vs the previous RAM’s benchmark of 2133 MHz. The RAM in your computer provides short term storage of data. If you want to run several programs as well as have an open browser with multiple tabs running (we’re all guilty of this). Your RAM does most of the work. And the more you have, the more things you can do at once without any lag. 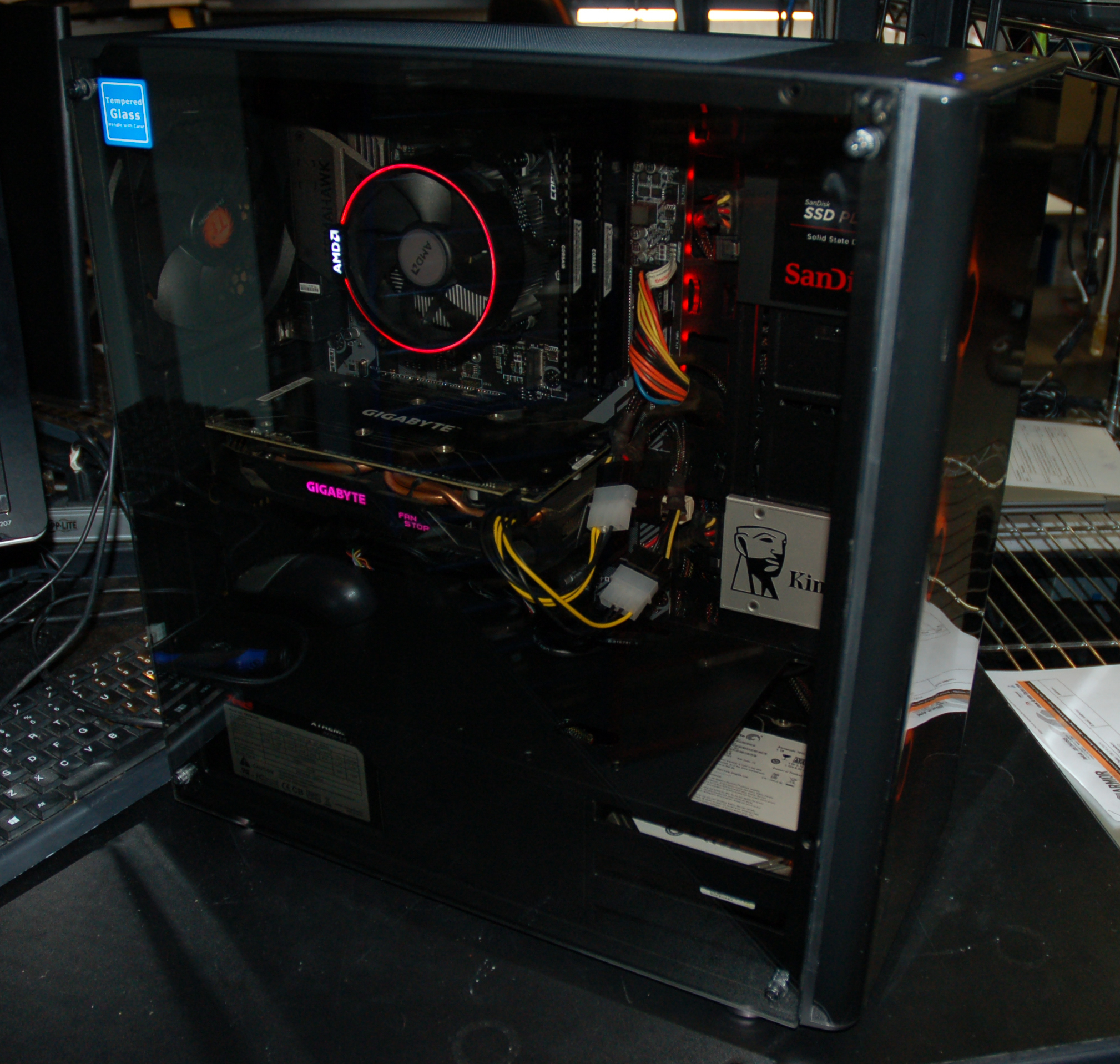 Finally, great components need great housing. We did away with the old generic tower and welcomed in the Thermaltake V200 Tempered Glass RGB Edition. It comes with 3 120mm 12V RGB intake fans that are dual-mode controlled either via the I/O port RGB button or the synchronization with enthusiasts’ favorite RGB capable motherboard brands, and a stunning tempered glass panel to showcase your build. With optimal cable management and multiple mounting spots for hard drives, the new tower is a dream. 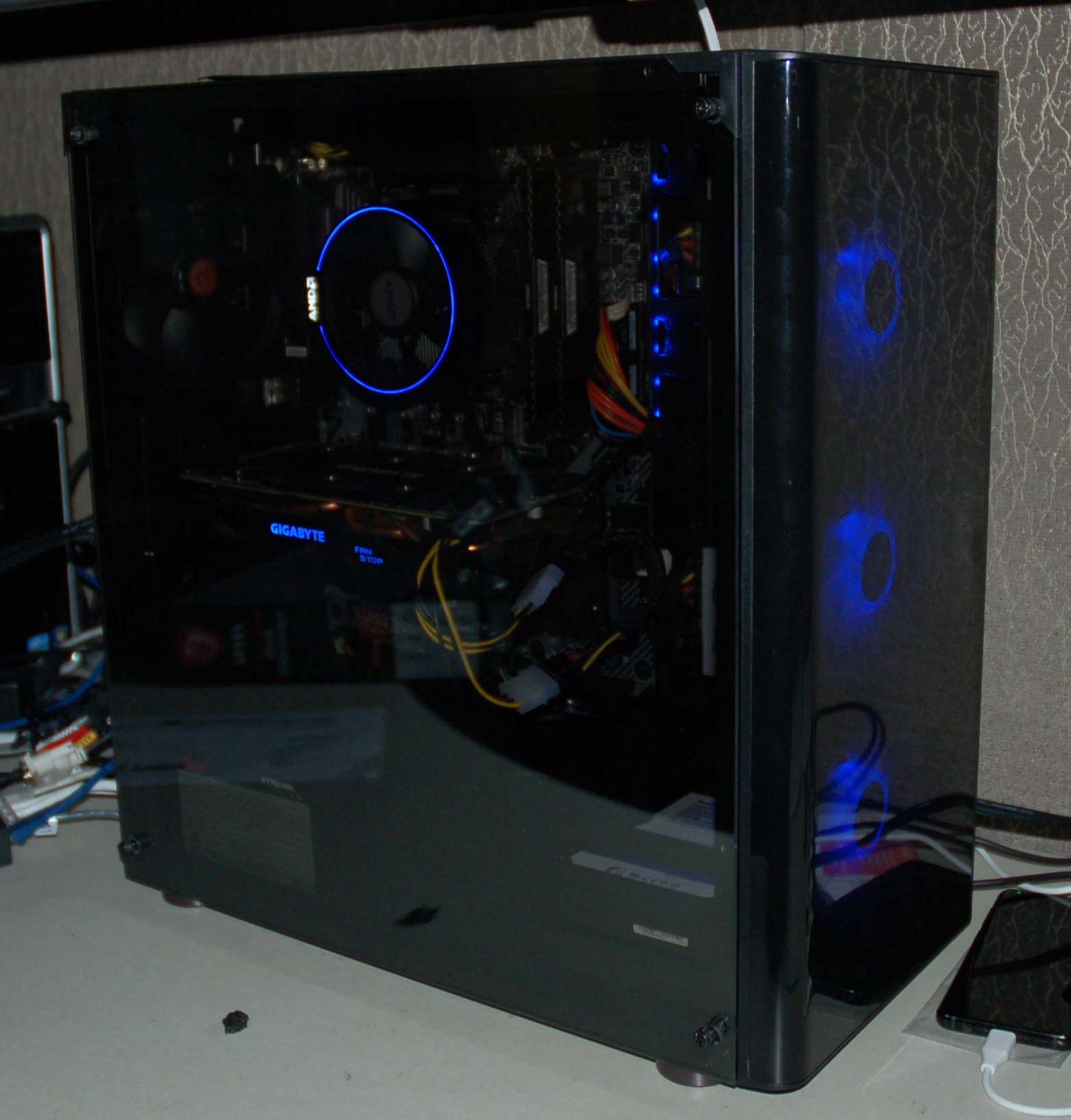 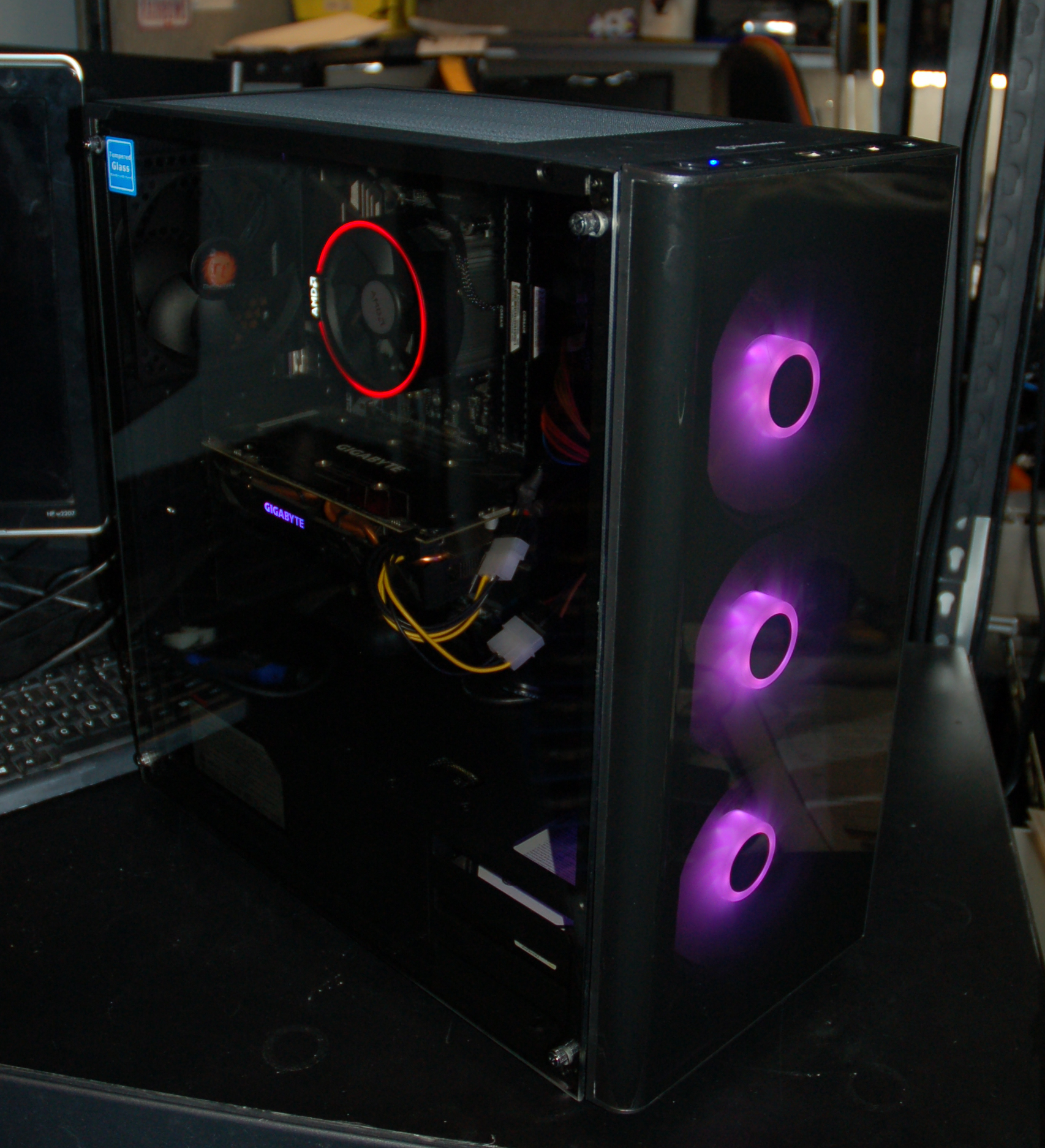 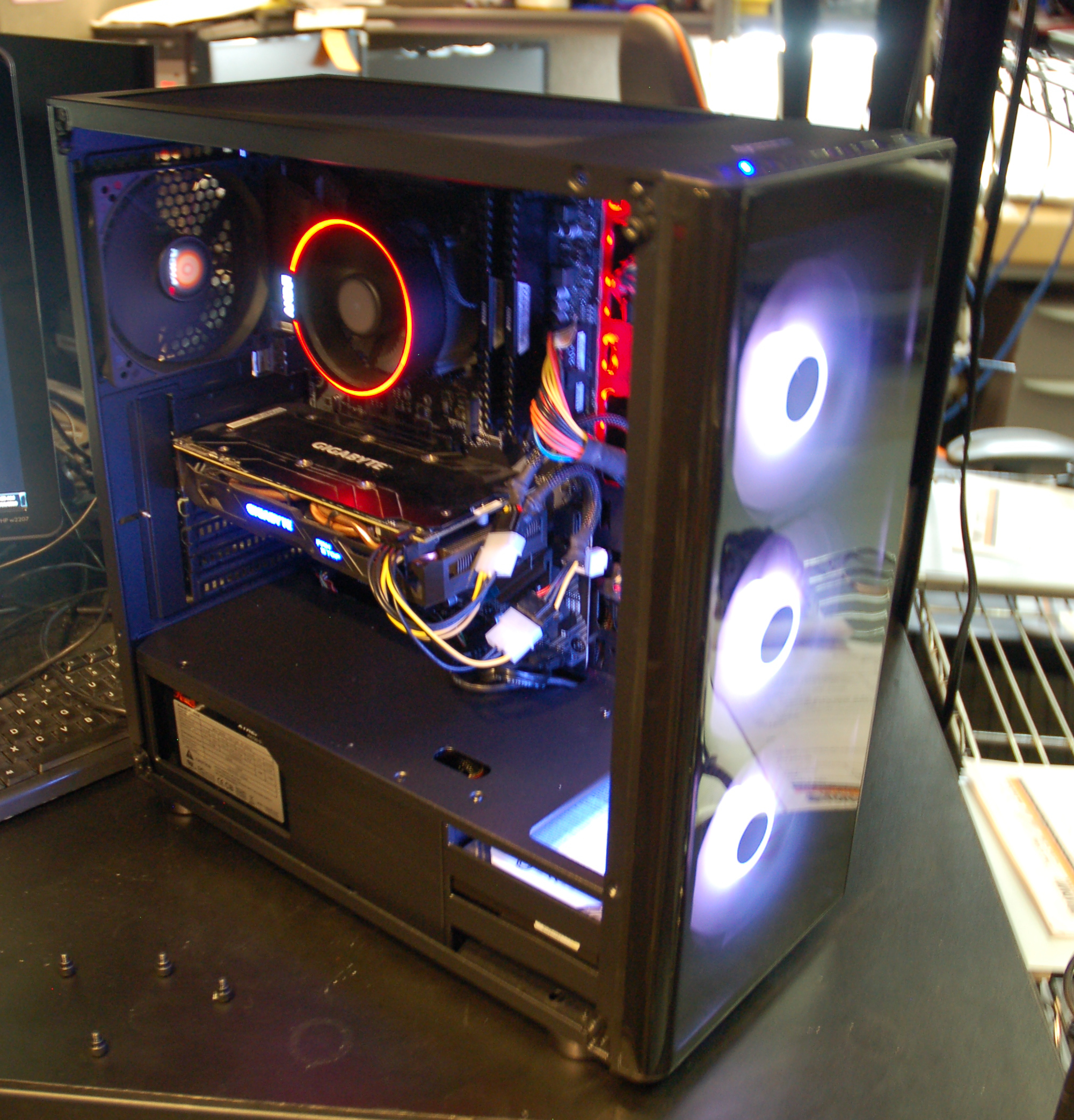 Full power in white, with the side panel removed. Success!

For the reasonably low price of $600, we were able to turn an antiquated computer into a powerhouse that will be able to continually upgraded as parts need to be replaced, instead of having to buy a completely new computer. And with Square financing, they are able to pay it off over time, instead of having to spend 2 months eating nothing but ramen. Come into Armor today and breathe new life into your computer. We also specialize in custom PCs.

Understanding the Value of Time: The Ploy of the Service Industry

Browsing Browsers: What Should You Use To Surf the Web

What Makes an ARMOR Tech?